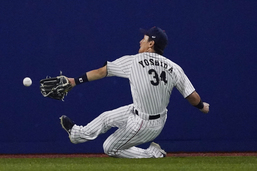 A member of Japan's Olympic team last year, Yoshida will be posted at 8 a.m. EST on Wednesday and MLB teams have until 5 p.m. EST on Jan. 20 to reach an agreement, the commissioner's office said Tuesday.

Hard-throwing right-hander Kodai Senga, another member of the Olympic team, is a free agent and does not have to go through the posting system because he has 11 seasons of service time in the Japanese major leagues.

Senga, who turns 30 in January, was 11-6 with a 1.94 ERA in 22 starts for the Pacific League's Fukuoka SoftBank Hawks. He pitched three scoreless innings in two outings against the U.S. in the Olympics, allowing one hit and striking out six with two walks.